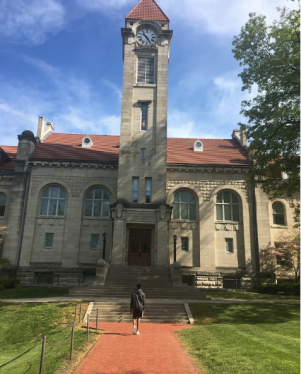 The night before we caught a 4 hour flight to Indiana for the first year of college, I found myself waking up at 3am. The last 18 years played like an old reel to reel film fluttering in my mind. “Is he going to pay attention enough to his surroundings? Did I have enough conversations with him about hard work and self discipline? Did I share enough and role model well enough how to treat women with respect and kindness? Did I do enough? Did I do too much?” The memories of car ride conversations and obstacles overcome with consequences and second chances continued to cycle through my mind as I struggled to get back to sleep.

The day of culmination of 18 years of parenting dropped in on me like an anvil. As I asked myself “Is he ready?” I realized that I was really questioning whether or not I was ready. The emotions were deep and full; a cauldron brewing with excitement for his journey knowing that this next phase brings enormous personal growth and adventure (and a whole lotta fun), mixed with the sense of relief and accomplishment that together, he and I made it through all of the emotional, financial and educational struggles (#WeDidIt), topped off with a stabbing pain in my heart that the primary focus of my energy and love for the last 18 years was gone, just like that.

We both made it through that long goodbye in August 2017. We had an agreement to Face Time every Sunday and then during the week, if he wanted to talk, he would call. I would give him space. That took some self control to avoid calling at 7:45am to make sure he was on his way to 8am class, or check in on his nutritional habits and healthcare maintenance. Putting my phone ringer on and checking it throughout the night just in case he needed me, was a bad habit that admittedly took quite a while to break. By week 5 the Face Time conversations came in the middle of the week with the challenges of long hours, adjustments to a different environment and just plain homesickness…all normal first year growing pains. I had to practice acknowledging the challenges, resisting the temptation to hop on a plane and make it better, and empowering his ability to work through them on his own. I reminded him of how capable he is, when he is questioning himself. I encouraged him to take a deep breath and tackle what is most pressing, chipping away at them one problem at a time, and ask for help from the new resources surrounding him. I learned to upgrade my parenting of a teenager to guiding a young adult.

The year came and went with a wealth of new experiences, challenges and successes…for both of us. The summer was wrought with its own adjustment to a more responsibly independent young adult living under my roof requiring a new set of rules and agreements. And then as quickly as it came, we were on to year two goodbyes. This time I wasn’t concerned with whether or not he was prepared. This time I walked away with a gentle pang in my heart that I just miss him. #UnconditionalLove.